Giving back to community through online interaction 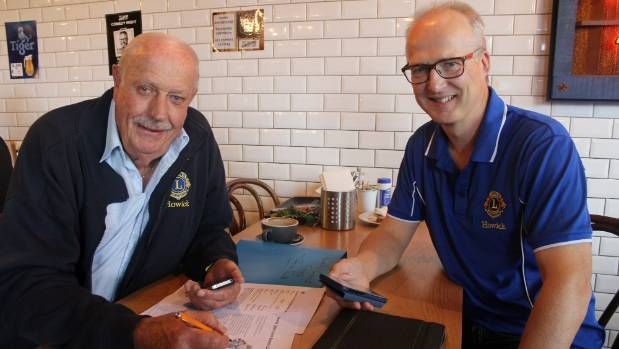 The Lions Club of Howick is moving with the times by establishing a cyber branch club.

Membership chairman Paul Curtis says the cyber branch will help those with less time on their hands who still want to contribute to the community. Through it, the community service club hopes to attract a new demographic of members.

"Young families and professionals, particularly people that live in Botany and Flat Bush, because no group like us is in that area," Curtis says.

"We believe there are a lot of new immigrants wanting to get involved, make new friends. These are the people we're hoping to attract."

The Howick Lions, more than 50 years old, understands that the traditional club structure doesn't suit everyone.

"We have a physical meeting twice a month. [But] we've got parents working, kids needing feeding, [help with] homework, sports and all that," Curtis says.

"Something's got to give and often it's being involved in a group like us. You can't always commit to a meeting at 7pm when you've got kids to feed.

"People living in Flat Bush and Botany may not want to travel to Howick for meetings. And people for whom English isn't their first language [may] find meetings hard to follow."

That's where the cyber branch club comes in, allowing members to have "a greater degree of flexibility" and organise activities online.

"Members of the cyber branch club would also be members of Howick Lions Club, but they would be able to set their own programme and organise their own fundraising and service projects," Curtis says.

The only difference between the branch club and its parent would be the lack of pressure to attend monthly meetings.

The online club will have a president, secretary and treasurer, but it's how it operates that will differ slightly.

"With the branch club they can organise activities online through Facebook, Instagram, email, or however they want to do it," Curtis says.

"But they do still have to come together to do something. What they do is entirely up to them, as long as it's under the remit of doing something good for the community.

"We want to let the group decide what's the best way for them to do it."

Membership fees for the Howick Lions' Cyber Branch Club will be the same as the main club; $85 every six months with $5 discount if paid promptly, or $170 each year with $10 discount if paid early.

There's also a one-off joining fee of about $45 which goes to Lions Clubs International.

"We try to keep our membership fees as low as possible and none of our fundraising monies are used to cover admin costs," Curtis says.

"If anyone donates to the Lions, they know all the funds go back into the community."